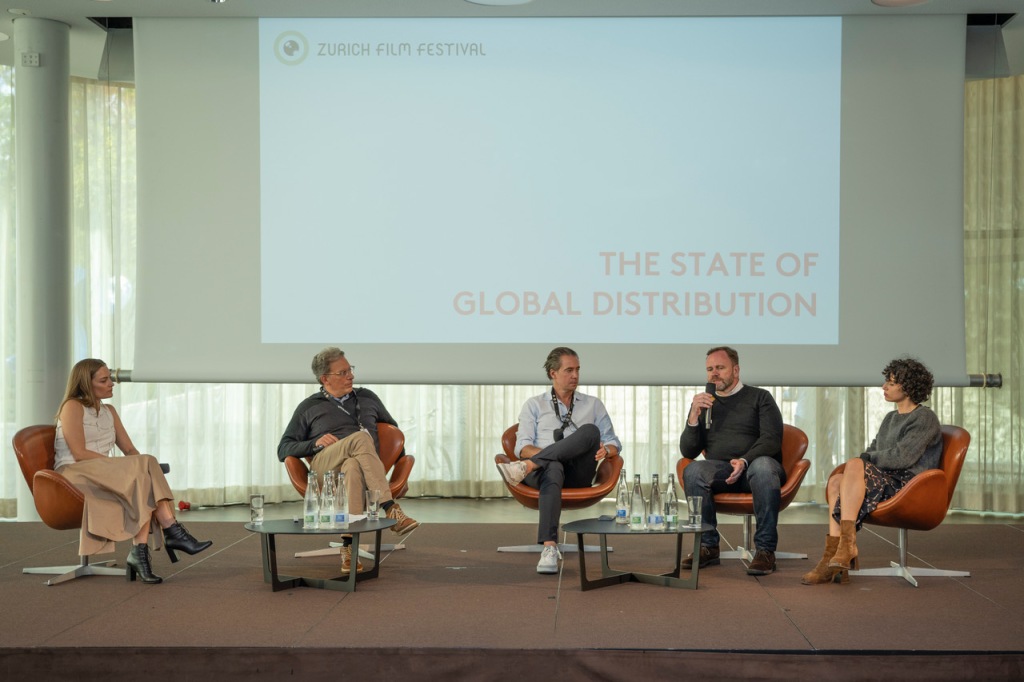 Of all the topics raised during this year’s Zurich Summit, the fact that talent now sometimes favor a streaming release over a theatrical one provoked the most debate.

“There are some actors who don’t want to go theatrical, even though it could succeed, they’d rather go on Netflix,” said Dan Steinman Co-President and COO at 30West, echoing a comment made earlier in the day by MGM’s Pamela Abdy and Michael de Luca.

“They’d rather not have the pressure of opening weekend, sometimes it is for bottom line reasons, other times psychological reasons. Some people want to play in this new sandbox [of streaming]. This is a new phenomenon but a strong one, we have to contend with it,” Steinman added.

MGM Chiefs Pamela Abdy & Michael De Luca Preach Benefits Of Originality: “Not Everything Has To Be A Franchise” – Zurich Summit

Robert Walak, President of Anonymous Content Studios, shared a similar experience. “For me the most shocking thing filmmakers now say is they’d rather go to a streamer than face the pressure of a theatrical release. It’s about how you’d be judged on your success [at the box office], versus people being able to discover your film on streamers.”

The panel, which was hosted by CAA agent Maren Olsen, discussed how the distribution landscape is evolving as we begin to come out of the other side of the pandemic.

“Everything is changing fast, there is not one global state of distribution,” commented Laure Parleani, co-founder of French sales company Totem Films. “We are more and more in a monopolistic situation [with the streamers having so much power], that is never good.”

“We’re in a period of flux,” Walak agreed, “We’re waiting for the pendulum to swing back to theatrical, [but] whatever happens we’re not going back to 2019 [when admissions records were being broken around the world]. We have to find a way to work with streamers but also protect theatrical.”

The general consensus among the speakers was that theatrical and streaming ecosystems need to find a way to coexist, and that the traditional theatrical window has been altered for good.

“The change has been coming for years, it has accelerated across the pandemic,” added Danny Perkins, CEO and founder at Elysian Film Group. “The big studios are focused on building their own platforms. If something is rigid, like the theatrical window, it’s only going to break.”

What’s the solution? “It’s all about flexibility or you’re done. In a world where films like Dune go day-and-date, all bets are off, you can’t count on a window for any film,” explained Perkins.

“There is renewed flexibility, nobody here is saying we need to revert to a four or six month theatrical window. No one is saying day-and-date can’t happen on the right movie,” said Steinman. “The pandemic helped free up films from the rigours of exhibition.”

The 30West exec added that he believes a Warner Bros-style agreement, where a film has to cross a certain box office threshold to trigger a longer window, made the most sense going forward. “Having that flexibility helps everyone,” he added.

In every crisis, there is opportunity. “When you have the biggest players in the market focusing on building their own streaming services, there’s an opportunity for better rentals and longer runs. Cinema audiences are there,” affirmed Perkins.

Netflix are not the enemy, the panel made certain to say.

“For us it’s always filmmaker-driven and the aim is to have a theatrical release, but we understand some projects are best for streamers,” commented Walak. “We see the strengths in each of the streamers and the brands they’re trying to present. It’s about having a sense of curation, how they’ll talk about and market a film.”

“A film needs to be curated in a cinematic way when it’s launched on a platform,” agreed Parleani, who said certain titles, particularly auteur films, can get lost on the online streamers if not properly promoted.

“I love Netflix. I think it is a force for good in all kinds of ways, including diversity,” said Steinman. “What I watch on Netflix is more diverse than what I used to see in movie theatres 10 years ago. It’s dishonest to ignore that.”

“People will sometimes take the path of least resistance, going to the buyer of greatest means. It’s easy to make one phone call and sell your movie,” he added.