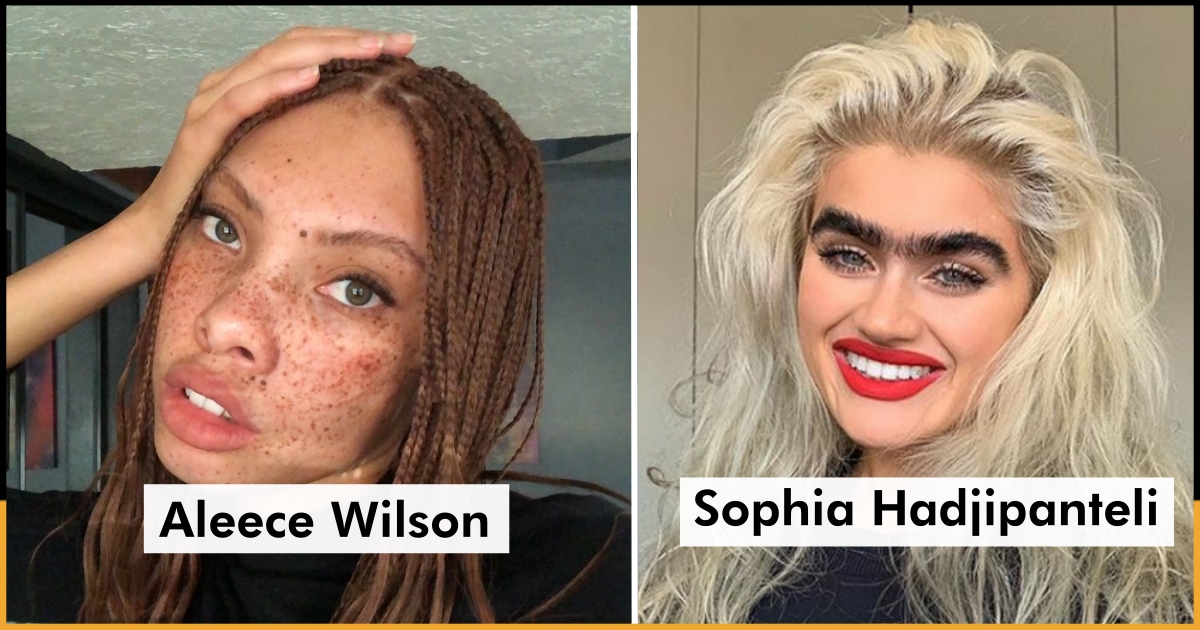 Among all these, There are few successful models who have completely made these beauty standards come to an end.

She is a Russia based model with over 14k followers on Instagram who thinks beauty is not always about hair.

This beauty has freckles all over her face, and she is blessed with brown eyes. But she prefers wearing blue lens.

She is a fan of bright makeup and thinks that it enhances ones beauty.

Slick was an ugly duckling because of the wide gap between her front teeth and her short haircut during her childhood. But today, she is a successful model and Rihanna really likes her. Kanye West was the one who recommended that the model create an Instagram profile.

Anna has been suffering from alopecia, But still manages to look so beautiful.

Unusual model who has a different way of setting beauty standards

She is suffering from vitiligo , But it isn’t stopping her from achieving her dreams.

Tamy began her career too late, she was 27 years old. She also takes part in mens photoshoots.

She is an albino. A lawyer and a model who is incredibly beautiful.

She weighs 299 lbs, and that’s a record for the modeling world

She is the first Spanish model with Down syndrome

A model with extra ordinary beauty.