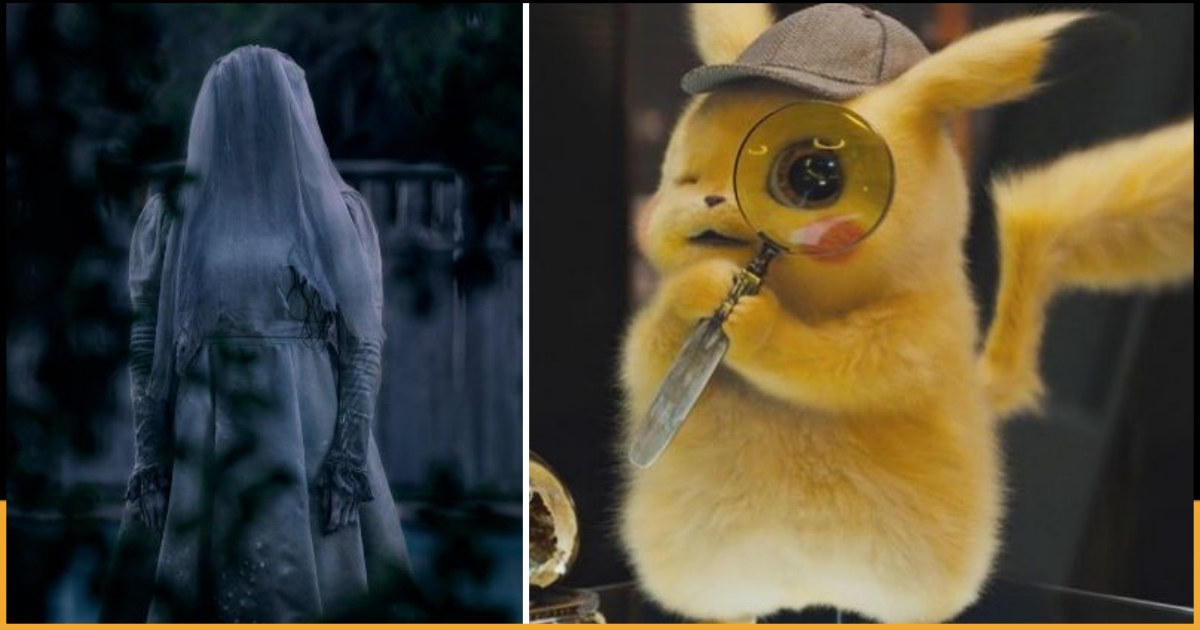 You never know when the most favorable of the situations take a turn for the worst. So, whoever said that you can never predict what’s about to happen was the wisest being. If you still think your luck can’t go down the lane then take a cue from what happened in a movie theatre in Montreal. The movie theatre accidentally played La Llorona in place of Detective Pikachu on Thursday. Result? The kids almost s*** their pants.

Read More: Woman Was Rushed To Hospital As She Cried Uncontrollably After Watching Avengers: Endgame

Ryan George was in attendance when the fate of the movie theatre unfolded. He noticed the mistake that has happened. Ryan George knew what was going to happen when the kids see La Llorona in place of Detective Pikachu. He tweeted, “The theatre I’m in is playing a trailer for Annabelle Comes Home before Detective Pikachu LOOK AWAY CHILDREN OH NO. Andddd kids are crying. Now the Joker trailer is playing.” 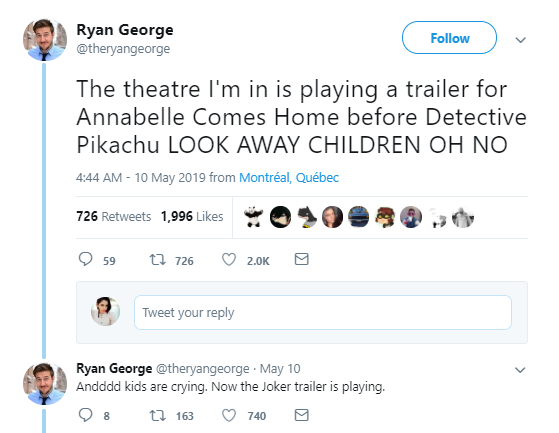 Ryan shot some videos that captured the audience’s reaction quite too well. The adults seem to enjoy themselves whereas the kids’ dreams were already in ashes. I mean who expects the trailer of Annabelle Comes Home, Chucky, and La Llorona before the lighthearted movie Detective Pikachu right? This was like a reality check for the kids that everything might not always be as planned. Ryan George also tweeted, “NOW IT’S CHUCKY OH NO CHILDREN OH NO.” 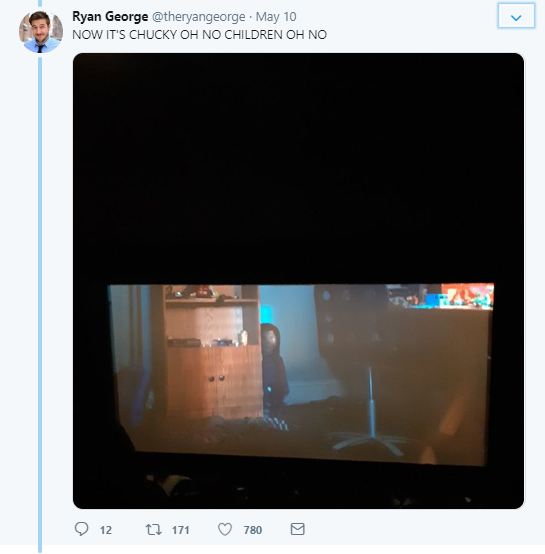 After the mistake was brought into the movie theatre authority’s notice, they shifted the kids in another theatre. I cannot imagine the plight of these kids who expected Detective Pikachu and were greeted by La Llorona instead. All the best guys.

I really hope no other movie theatre repeats the same mistake. Though it’s kinda hilarious, you can’t ignore the risk it creates for the faint-hearted. Detective Pikachu is expected to raise a profit of $60 million this weekend. If the movie theatres get inspired from this, well let’s hope for the best.