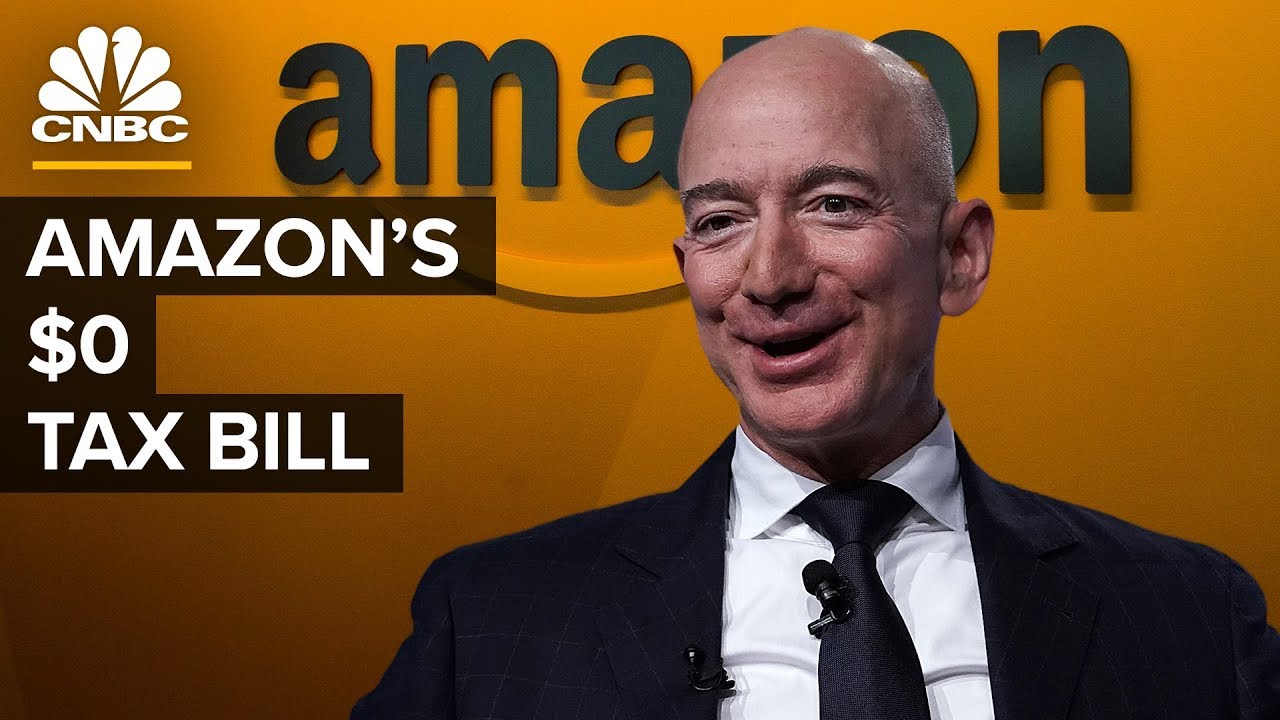 Amazon is a very
sophisticated tax player. Amazon is very much the
canary in the coal mine. They're really doing what a lot
of politicians wish more companies would do. Amazon is a huge company, but you
know just how huge it really is. We start with amazing Amazon somewhere
CEO Jeff Bezos is smiling. It's one of only two U.S. companies to ever reach
a trillion dollar valuation. No one in history has
become as rich as quickly. It's made Jeff Bezos the
richest man in the world.

That is one hundred
million prime subscribers globally. And if you put those prime subscribers in
one country, it would be the 14th largest on the planet. The planet. But that massive company paid no federal
income tax on more than 11 billion in profits in 2018. And somehow they actually got a
$129 million tax rebate. So how do they do it? First, there is the tax bill. President Trump's signature tax legislation
lowered the corporate tax rate from 35 to 21 percent. Corporations are literally going
wild over this. That immediately slashed Amazon's
potential tax burden. Then there's Amazon savvy
use of revenue. Amazon plows large portions of revenue
back into itself to cultivate long term growth. Amazon has actually been selfs
funding for several years now. The company challenged significant
free cash flow. One of the things I like about Amazon
is it's a company that doesn't really kind of rest on their laurels
and is constantly trying to innovate, constantly trying to heed the
needs of the customer.

This started early on with Bezos using
the strategy to get big fast helping Amazon eclipse its once arch
rival, Barnes & Noble. Since then, it's helped Amazon gobble
up countless other retail markets as well, embark on lucrative ventures like
Amazon Web Services, and even become a Hollywood studio with
shows like "The Marvelous Mrs. Maisel" and "Jack Ryan." Amazon has invested so much revenue
in itself over the years that sometimes it didn't even
make a profit. And when that happened, it could carry
forward losses to write off on future tax bills.

In 2018, those carryforward losses eligible
for federal write off amounted to $627 million. Then there's massive federal tax credits,
which the company reports are primarily related to research and
development from its A.I assisted logistics network to its
suite of consumer electronics products Amazon has poured tens of billions
of dollars into research and development over the years. But that's not the only
tax credit Amazon qualifies for. The big one last year was the
expensing that is allowed for investments in plants and equipment and buildings
and things of that sort. Trump's Tax Cuts and Jobs Act supercharged
this credit, a perk that Amazon has cashed in on. The idea behind the expanded credit. The big problem the U.S. economy is that it has not been
as productive recently as in the past. And so one solution which would help
sort of companies everywhere is if they invested more in machinery and
training to make their workers more productive. But not everybody buys
into this reasoning. The tax breaks Amazon is getting, they're
being rewarded for what they were going to do anyway.

Because when you're a company as
successful, as profitable, as cash rich as Amazon is, you make investments when you
have the money to do them and when you see the
need for those investments. In 2018, Amazon had about one point
four billion dollars in total available tax credits. Finally, there's the company's use
of stock based employee compensation. Basically, this allows Amazon to pay
employees using stock and then take the value of that stock
off their tax bill. Amazon rewards its employees, especially
its executives, with stock based compensation, and Amazon stock has
been rising fairly substantially for many years.

And so the size of that stock
based compensation is now very large and affords Amazon a large write off. Some say the federal government ends up making
just as much in the long run from stock based compensation because the
stock is taxed when it's sold. But others have concerns because of
the major difference between the value of the stock when it's offered to
employees versus the value when it's written off.

They give executives the right to purchase
a certain number of shares of stock at a set price. The price of the stock goes way up. The company is then allowed to write
off the value of that stock and suddenly the tax breaks can be huge. Amazon deducted about one point one
billion dollars from its tax liability using this method in 2018. So that's how Amazon secures such
a small federal income tax bill. But before we get ahead of
ourselves, we should probably remember that Amazon does pay certain taxes like
state taxes, local taxes, other federal taxes and international taxes.

In a statement to CNBC, an Amazon
spokesperson said, Amazon pays all the taxes we are required to
pay in the U.S. and every country where we operate,
including paying 2.6 billion in corporate tax and reporting 3.4 billion in tax expense over the last three years. The company also touted its investments
and job creation in the U.S. But according to data compiled by
the Institute on Taxation and Economic Policy, Amazon had an effective federal tax
rate of just 3 percent over 10 years. That's far below the once 35
percent corporate income tax rate in the United States and even the
new 21 percent rate now. And Amazon's story is
not exactly unique. Another disruptor Netflix and even a
more traditional auto company General Motors both report expected net federal
income tax benefits in their 2018 annual filings. 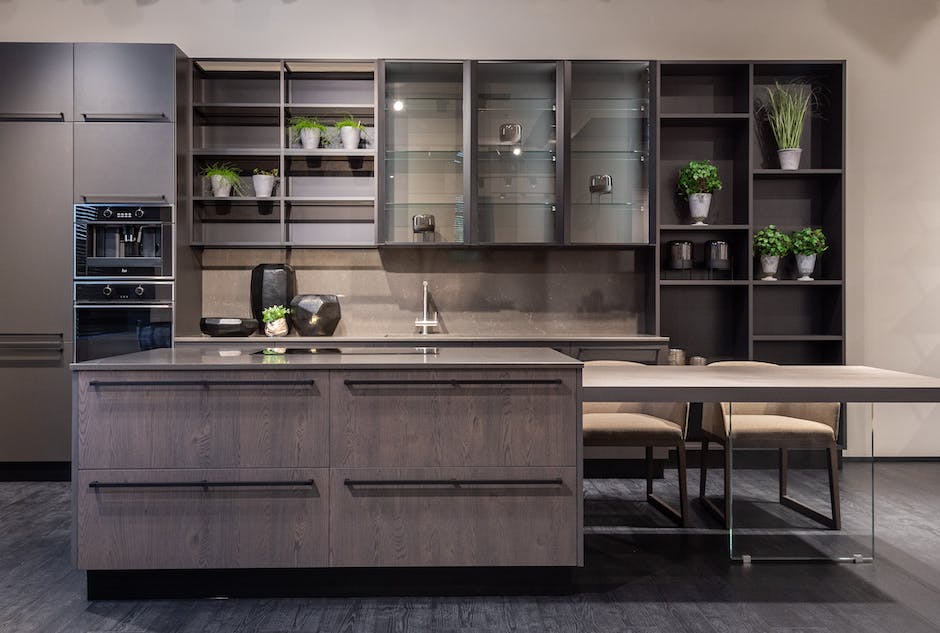 When we asked Netflix about it, the
company highlighted the 131 million it paid in taxes total but wouldn't
break out its federal bill. It all seems to be part of a
larger trend over the past 70 years, we've seen a decline in corporate income tax
revenue as a share of the larger economy and in the last decade. Companies as diverse as Southwest and Goldman
Sachs, just to name a few, have all had at least a year where
they reported net tax benefits in their S.E.C. filings, but could lowering
America's corporate tax rate actually make it more competitive for
companies to do business here? I think what a lot of economists would
say is that the corporate tax is a very bad tax. One you have sort of a
global economy where economic activity is everywhere. You have other countries
cutting their tax rates. You want to sort of incentivize economic
activity to be in your country.

What do you want
these companies to do? You want them to
invest in new machinery. Want them to invest in their workers. You want them to have more profits,
which then they can use to invest more. That's what you
want corporations to do. You don't want corporations necessarily be
paying lots of taxes that's not what they're there for. Others say it deprives the country of
much needed tax revenue without a lot of benefit. We may yet succeed in this experiment
of lowering our effective tax rates and our statutory tax rates to
draw more business to the US. But so far, we're not seeing the type
of level of growth in business and investment that would make up for the
lost revenue when we lowered our tax rates from 35 to 21.

So yeah, it's an issue
because we need the money. As of 2017, the U.S. has corporate tax revenue as a share
of the larger economy was lower than most other peer nations ranking below
Italy, South Korea and Mexico. We're in a lot of trouble. We're facing one trillion dollar deficits as
far as the eye can see. Ultimately, this means everyone else has
to pick up the slack. That two billion dollars Amazon is not
paying will have to get paid by smaller businesses that don't have the
wherewithal to lobby for tax breaks. It'll get paid by middle income
families in the form of higher taxes in some way. The reality is this is how
business has been done for years. Corporations with savvy lobbyists on their
payroll have found ways to convince politicians in both parties to
leave loopholes in the tax code.

So I'm a tax lawyer and I drafted
tax rules for Congress for six years. Multinationals have a very strong
presence on the Hill. When I was there, we would meet
every week with companies and their lobbyists. And I think
the interest is disproportionate. I mean, every American, including every
American company, has a right to petition Congress and to share
their concerns with Congress. The trouble is, sometimes of those with
the most resources have the loudest voice. But business as usual may be changing
as average Americans have begun to wonder whether this bargain
really benefits them. It's a question that came front and
center during Amazon's hunt for a second headquarters. Amazon has made it official. The online giant announced it's splitting
its new headquarters into two locations Crystal City in Northern Virginia and
Long Island City in Queens. The company courted massive interest
from hundreds of cities.

Amazon today saying they are bringing at
least 25,000 jobs with an average salary of $150,000. New York's governor, a mayor, saying
the $3 billion dollars in tax incentives they gave Amazon for an expected 27.5 billion in tax revenue would pay off big for New Yorkers. That is the highest rate of return for an economic incentive program that this state has ever offered. This certainly consolidates New York City
as a great international tech hub.

Despite positive polling on the deal, a groundswell of New Yorkers vehemently disagreeing. Whose city? Our City!
Whose City? Our City! We want to make sure that they know
that this community is going to stand up and fight against this deal. Any politician in this progressive city and
a state who's willing to hand out three billion dollars to Amazon, there
should be a career ender right there. Period. And soon it all came crashing down. Breaking news, Amazon canceling
its controversial plans Now it will not build
a headquarters in New York The world's biggest company just got sent packing thanks to an unfriendly welcome by New Yorkers Has the populist victory in the
HQ to fight change the game? I mean, it shows that everyday Americans
can have more say in this country than the richest man in the world.

Will it ignite a grassroots movement
demanding that loopholes be tightened and the effective tax rate be raised all
the way up to the federal level? We should not have a regressive
tax system in which large profitable corporations like Amazon pay nothing
in federal income taxes. Or is it just a flash in the pan? As even President Trump, a frequent critic
of Amazon, came to the deal's defense? Well, I think it's a
loss for New York City. And the $3 billion
dollars wasn't a check. It was a form of taxes over a
period of time that now they'll never see. Only time will tell. But one thing is for sure, it's
quite normal for some corporations to pay no income tax to the federal government. Is that a normal you're satisfied with?