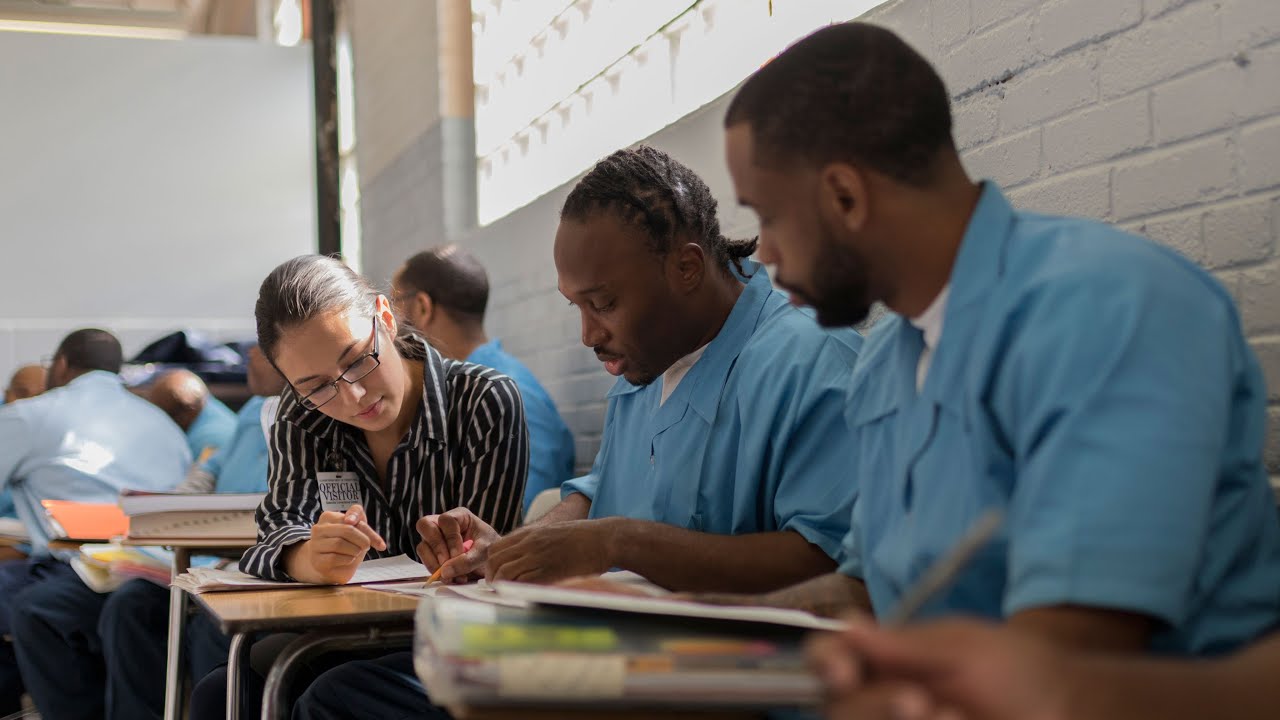 background: […They were worth 15 points. So you could get five points for your content, five points for your analysis, five points for your writing style…] I'm hoping to be in a position to serve,
honestly. My narrative since I've been locked up and kind of made my transition
has been like redemption, accountability. I've accepted and admitted and then
taken an accountability for what I did. I'm not innocent. So I had to decide – how
do I redeem myself? Anybody can just passively do the time. It's easy to just
be locked up, be punished, accept the time you're given and languish away in prison,
but it's work that needs to be done. I have a debt that needs to be paid.

Not
just for the people who I've harmed but now for the communities that I might
have affected and for the people coming behind me. So I hope Northwestern can
help me be in a position of serving, giving back on the inside and outside. I guess, the first thing most people ask
is, "Why prison education?" You know, "Why does it have to be at a prison?" "Aren't there other people that you would rather be teaching?" What I say to that is the
students at Stateville have had much more barriers to gaining an education
than most anybody, and I think that when given an opportunity to learn, the
students at Stateville really go above and beyond of what you would expect of a student anywhere.

I'm always surprised when people say we don't know how to deal with violence because we absolutely do. Education has been shown over and
over again to be the most effective way of positively intervening in the
criminal justice system. The Northwestern Prison Education Program
is the only program in the state of Illinois that provides a comprehensive
liberal arts education to people who are incarcerated. The Northwestern program
overall provides a safe space, and the learning environment is amazing because
I'm getting the same education that a Northwestern student on Evanston's campus is receiving.

I mean the opportunity is amazing and I don't take it for granted
at all. Every day, I'm appreciative to what I have going on so, it's a blessing. I've been around several types of people
since I've been in prison, and there is like a small percentage of people that, I
admit, no matter what you do, many of them, they don't want to change, they're not
going to change. But the vast majority of us, if you put resources in front of us
and give us an opportunity to be better men and better women, we want to do that.
Many of us want to atone to our communities and our victims and our
societies for the things that we've done and to make like a substantive
contribution. It's a good environment. That
surprised me, because I just thought I was going to walk in and it was just going to
be like school: This is what you got to do. I'll see you next week. Turn this in. But it's not like that at all. Throughout my life, you know, being in
school, this is probably one of the most hands-on interactions I've got from any
instructor.

My favorite is the writing class, you know. I write as a hobby myself
already, so to be able to write a TV drama is different.
I've written a novel and a self-help book already, so being able to write a TV
drama just kind of broadened my horizons. There's this idea that locking people up
makes society safer, but actually it's much more beneficial to educate people,
reintegrate them into their home community so that they can be partners
and husbands and mentors in their communities, and they're not going to end
up back in prison because they received a post-secondary education while they
were incarcerated. Teaching and giving an education to incarcerated students lowers recidivism rates, and by lowering recidivism rates, you decrease the amount
of money we have to spend on building penitentiaries and, you know, housing
inmates. And so, just from an economic standpoint, prison education makes a lot
of sense. So for every one dollar we spend on prison education, we save four to five dollars on reincarceration rates.

So it's cost effective. The data shows that prison education
breaks the intergenerational cycle of poverty and incarceration. So oftentimes
people think that the work that we're doing is just limited to the classroom
and they don't think about all of the connections that all of those men have
to their home communities. I have a 21-year-old, a 20-year-old and 17-year-old
sons. So they're looking at me to be an example and educate them. If I know and I
could tell them, then they're aware so that they don't make the same mistakes
that I made. So overall, I think NPEP has helped me become a better father. I'm
parenting from the penitentiary. It means a lot to me because now I could just
show my kids, no matter what you're going through, if you stay focused and positive
you can still make a difference My name is Mary Pattillo. I teach classes
that blend sociology and African-American studies and the first
class I taught at Stateville was called the Sociology of Chicago, and it was
transformative. 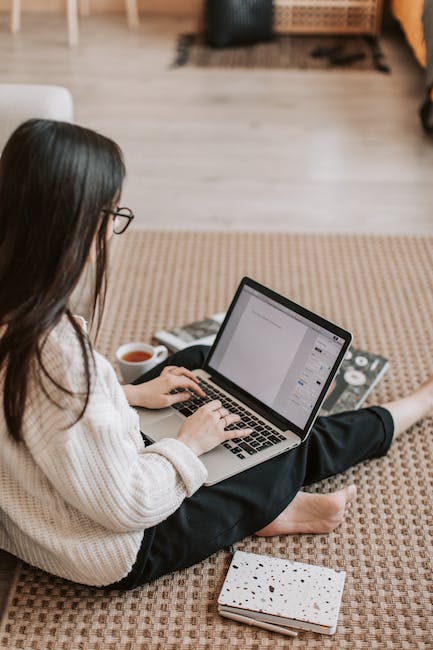 The experience itself is just rejuvenating. I mean, I'm an
African-American studies professor. I teach about inequality. I teach about
racism. So I feel it as a justice calling and as a human calling. The students are
eager and brilliant and who doesn't want to teach eager brilliant students? Professor Mary Pattillo was my favorite professor. She speaks my language personally, as far as culturally, academically. Sociology has always been
kind of a peripheral interest of mine because of the study of how things came
to be how they are, especially in marginalized communities.

I think that
was the best part about it. Learning about the structural issues that
precipitated some of the conditions in the communities that I'm from and a lot
of guys that I've known are from. Learning about gentrification and social economics and
just the systemic issues that happen in impoverished neighborhoods gave me a
broader understanding of what actually happens on a daily basis in these
neighborhoods keeping undereducated individuals that don't have equal
opportunity — keeping them marginalized. So sociology actually just gave me an
understanding of where I came from, how I ended up here. The fascinating thing about teaching this class in both Evanston and Stateville – there are age differences, there are race differences, there are
locational differences, meaning, all the men at Stateville are from Illinois. The
students in Evanston come from all over the country. A class like the Sociology
of Chicago went over much better in Stateville than it did in Evanston
because the men had a lot more first-hand experience.

They knew Chicago
and could bring what they knew to the class. The benefits of the Northwestern Prison
Education Program are not just for the people who are incarcerated or for their
home communities. We've also seen enormous benefits to our own community
here in Evanston and Chicago. This is the second year where we've offered a law
class that has half of the class makeup is JD students and half are our Stateville
students. After the first run of the class last year, many of the law students
wrote and said they will never practice law the same way.

That there is something
profoundly different about learning alongside someone who is incarcerated
rather than just meeting with them in an attorney room. The experience of being in the law class with the students – invaluable – especially for somebody like me. I didn't do a lot of good when I was on the street and so the opportunity to like, pour into these young people that are gonna be defense
attorneys or state's attorneys, judges. To meet them and to give them another
perspective of, you know, from the other side of the street was, an awesome
experience. Volunteering at NPEP has really helped me to see outside of my really small corner. So, talking to the students at Stateville and then also
talking to the other graduate students that volunteered at NPEP has really
broadened my perspective, and it's really helped me see the value in doing things
that are completely unrelated to chemistry. And to see the value in
teaching, especially in non-traditional settings.

I think the most important
thing about me being in the program is the opportunity. The opportunity to change
the narrative about myself personally. The opportunity to shake the stigma and
to be able to also use it as a tool for personal growth and personal development. It's challenging. It's been really challenging. Excuse me. It's been challenging in a good way
though. It also helps me break down some of the barriers that have been created in me since like a child. Barriers of self-doubt – thinking that I can't do something, that I can't finish, that I can't figure something out. So that's been a challenge for me to fight through these inadequacies my whole life, and it's an ongoing
process..